The benefits of second language learning on a developing mind is talked about a lot. I think it is self-evident that many, many parents want to give their child any edge they can. There is a lot of evidence (both correlated and tested) that learning a second language is enormously beneficial to mental development, particularly for children. Further given the physical and visual modes of sign language I feel that learning a sign language is particularly beneficial. This post is a bit longer than usual but should not take more than 10 mins to read. It’s mostly about theory and biology, but if need a more practical guide Jenny over at Momslovebest.com have a guide on raising Bilingual children.

At Cornell College of Human Ecology work has shown that children who learn a second language are better at maintaining attention despite outside stimuli. That ability is “responsible for selective and conscious cognitive processes to achieve goals in the face of distraction and plays a key role in academic readiness and success in school settings.” http://www.news.cornell.edu/stories/2009/05/learning-second-language-good-childhood-mind-medicine

Research conducted in Canada shows that “bilingual children develop the concept of “object permanence” at an earlier age. Bilingual students learn sooner that an object remains the same, even though the object has a different name in another language. For example, a foot remains a foot and performs the function of a foot, whether it is labelled a foot in English or un pied in French.” http://tip.duke.edu/node/866

Studies have shown repeatedly that foreign language learning increases critical thinking skills, creativity, and mental flexibility in young children. They out-score their non-foreign language learning peers in verbal and, interestingly, mathematical tests. The improvement in maths ability probably lies in the general improvement of cognitive function. But also it’s worth noting that maths has something of a vocabulary and grammar too, though it is a stretch to call it an actual language.

The idea of “earlier is better” in language learning seems to be upheld by the fact that longer sequences of foreign language instruction seem to lead to better academic achievement, overall. As stated above second language instruction provides young children with better cognitive flexibility and creative thinking skills.

Interestingly some very gifted and clever children do badly at school due to the lack of challenge. Learning a second language can offer these student the mental exercise they need.  http://pages.uoregon.edu/nwili/wp-content/uploads/2012/07/forwebpageBenefitsL2_ECE10_17_14.pdf

The range of benefits from learning a second language are;

So I bet you’re thinking “you’re going to link this to Sign Language aren’t you?”. Yes, yes I am. The benefits of learning languages may be even better through learning sign language. What follows is speculation and some mental simulation.

If you consider the mechanics of spoken language processing it comes in via the ears. You hear the sounds and your ears turn them into neural signals. These signals journey to the auditory cortex which is located in the middle of the brain connecting both its sides. The signal is then processed (in Wernicke‘s area) and sent to our conscious and subconscious awareness for further processing. Broca‘s area then turns our replies into a language. And so it is for all auditory languages. http://www.livescience.com/10628-brain-spots-handle-sign-language-speaking.html

Sign language, of course, enters our brains through the eyes. The visual nerve impulses pass through a junction in the middle of the brain lateral geniculate body where it meets other signals from the brain generating meanings and association. It then travels on to the back of the brain where it reaches the visual cortex is processed further then sent to the rest of the brain and into our consciousness.

Wernicke’s area is now getting visually biased data and Broca’s area is now presumably directing the hands, face, arms fingers, mouth and all the multitude of non-manual features that sign language utilises.

So given that sign languages activate the same language centres as auditory languages, this strongly infers that the same cognitive benefits apply. When learning a second language the differences in meaning, grammar and world view then lead to the cognitive benefits mentioned in the first half of the article.

Sign languages have a distinctive grammar and information-packed signs that convey a sentence of information. In addition, they have a range of truly unique visual-linguistics that use three-dimensional placement, facial expressions and body language. 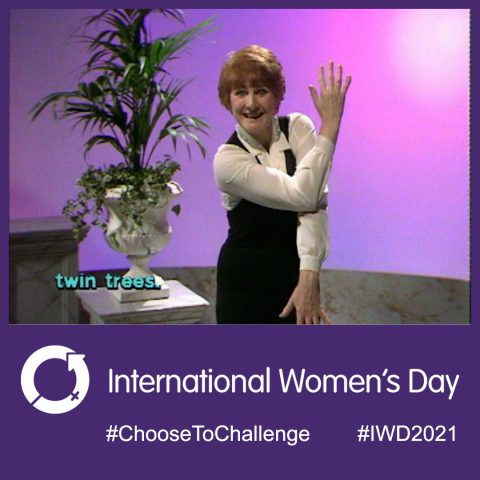